Study Shows Depression And Anxiety Can Be Cured With Ayahuasca

Many people still think that having depression is “nonsense”. But the disease is serious and requires treatment, it is no wonder that millions of people around the world suffer from this disease. Its origins and causes can be diverse; it can either arise due to some biological factor, or something psychological. 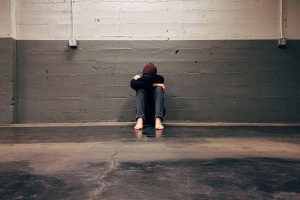 Anxiety, on the other hand, is a psychological problem, which can present itself through both psychological and physical symptoms. It is caused by uncertainty, as well as being closely related to fear. Some people who get very nervous and sometimes get sick have no idea that they might have an anxiety disorder. And although, at times, anxiety helps us, being practically a defense mechanism, when in excess, like everything else, it becomes harmful to health.

Alternatives and possible solutions to deal with these problems are always being sought. A growing body of drug research has shown that experiences with psychedelic drugs can be good or bad, frightening and uncomfortable. But that lead to improvements.

The psychedelics are at the forefront of this new wave of studies. They are looking for more effective options for treating and curing mental problems. And it’s not just magic mushrooms or LSO that can be a powerful weapon in treating conditions like depression, anxiety, PTSD, and others. Ayahuasca, which is the sacred drink of the Amazonian tribes, has DMT and could also be one of these revolutionary new treatments.

According to an article published in April of that year in the journal “Journal of Affective Disorders Reports”, the results of a survey of nearly 12,000 ayahuasca consumers were analyzed. This number was probably the largest to be examined. The study tried to find out whether the substance could have antidepressant and anxiolytic effects.

Among the group of researchers were Jerome Sarris, from the University of Melbourne, Australia, and Luís Fernando Tófoli, from Unifesp. They were based on the Global Ayahuasca Project, which is an online survey carried out between 2017 and 2020 with people from all over the world. Half of the respondents were from Brazil. Also because, in our country, rituals with ayahuasca have been traditional for several decades. 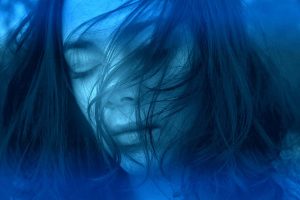 The survey showed that 78% of respondents with depression or anxiety said they had an improvement in their conditions. Among depressives, 46% rated this improvement as “considerable”, and 32% said they had their problems “completely resolved”.

These results were similar for people with anxiety. Among those suffering from the condition, 54% reported that they were “much better” and 16% classified themselves as cured.

The relationship grew stronger the more often the ayahuasca was ingested. And the amount of insights users experienced also increased with ingestion. However, the report also pointed to volunteers who got worse.

Almost 3% of the depressed and 4.5% of the anxious reported that they got worse after the sessions with the psychedelic . Respondents consumed ayahuasca in naturalistic contexts, within rituals or ceremonies.

The conclusions of this study should be viewed with some caution. Also because it is expected that people who have had very good experiences with ayahuasca will be more motivated to answer and complete a questionnaire on this subject. And that could lead to statistical distortion. This is a problem that exists in all kinds of self-reporting studies. Even so, the relationship between ayahuasca and depression and anxiety is quite consistent.

Stay informed of the latest news and cultural news in leisure, entertainment and sport . The blog is regularly updated content to keep you informed and relax on what is happening around your home.